A journey from illusion to reality. Illusion is something described as false interpretation or beliefs, misconception from reality. A world full of delusion or imagination deviates from normality. Illusion is a beautiful world to narrate. A word illusion is a delightful and real sensational emotion based on false facts, or something you create to express.

The world of illusion is joyful to feel it and to live with. It is based on a choices and actions that you want to achieve in life. Occasionally, it is a wrong perception that one’s receive about any kind of thinking build on misconceptions. Illusion is full of mind game that a person plays to fool themselves dipped in a passion of life. A devotional intensity filled with excitement and intense temper, regarding an alternative of solutions.

Illusion is a phenomenon of brain where it receive a visual stimulus. It is another word for overthinking of mind and to cheer the scene, it ends up in a state of illusion. A trap of imagination and thinking can be defined as a form of illusion. A situation where one’s will is unable to accept the harsh realities or their mind is not strong enough to undertake the truth, there comes a condition where it shapes an illusion which are false beliefs.

Having a life free from illusion is actually a real and true perspective of life with which humans are unhappy to notice. To catch a sight of reality and factual things in life is rare to perceive as all human beings are selfish with respect to their choices. To gain a short term or temporary happiness, humans tends to attract in a delusional state of mind which is unchallenging and effortless to grasp. We all have different perception about the things we watch or feel, as every person perception vary. This variation creates a unique mindset and beliefs in all humans.

Illusional thoughts can be negative as it includes a person fantasy, fear and failure related thoughts. When you are in an urge to achieve success, there comes some illusions of failure. A reflection of defeat and negligence creates in a concept and opinion of illusions. A travel from illusion and hallucination in a wits of mind towards the reality is burdensome. A constant run in memories to accomplish the dark reality and a state free from illusion is term as freedom.

Turning a table of illusion to realities is actual existence of realism. By taking the control of present to obtain a successful future and ending false imagination may tackle illusions. Struggling to be in right now situation is real. Making a peace with past and harsh memories can design actual peace. We all experience realities in different phases of life. So lets be real, think real and feel real.

Cause being real is always attractive. 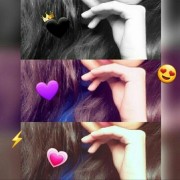 I review realistic point of views.. Things can be funny, joyful or illogical but it should be based on facts and truth. Have a happy mind.. Think positive, write positive, live positive.

Almost There. We use it in our daily life

Adventure. An escape from risky situations

How to focused in life ?